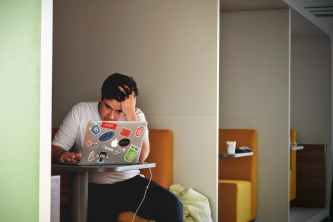 Okay, so here’s the first thing I’ve learned: git is a version control system that allows me to save my work and review my revision history. I learned more about how it works while going through RailsBridge’s InstallFest. I was trying to push my newly created rails app to heroku but it kept giving me error message after error message. I was obsessed with figuring out how the hell to fix this thing. I kept seeing that I needed to update the Gemfile and have it refer to an older version of the pg gem. I learned that the newest version of the pg gem and ruby aren’t completely compatible yet. So, I had to update the Gemfile to look like this:

Well, I kept trying this over and over and over again. Finally, someone in the Odin Project chatroom informed me that I needed to delete gemfile.lock, run the bundle install, add -A (all unstaged files), and then commit. I kept hearing about commit and I thought it meant you just need to commit to what you are doing!

But I learned that committing was essentially saving it to your local repository. Once I tried running push heroku master and migrating the file over to heroku, it worked.

Thanks for your help, chat room friend!

View all posts by mouten57